Posted on December 3, 2012 by Cassie Callahan
Please share with your friends... 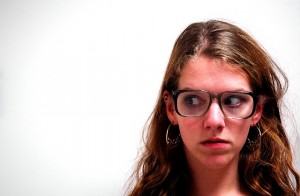 If you pushed your boyfriend away, there are certain ways to get him back.  It’s not going to be easy though and since you’re the one who ended the relationship, he might see it as another opportunity for you to break his heart.

Don’t be over-confident – take it slow and steady

In other words, when it comes to “how to get him back,” don’t be over confident.  Don’t make the mistake of thinking that you won’t have any trouble getting him back because you’re the one who dumped him in the first place.  He may still be in love with you but as mentioned, he’s going to be a bit wary since he might think that you’re about to give him another heartbreak.

If you want him back, it’s best to start as friends.  It could be disastrous if you rush him to get back together with you.  Sure, you have to say that you’re sorry for pushing him away but don’t expect him to welcome you back with open arms when you showed up at his doorstep.

The perks of apologizing and being friends again

Remember that you shouldn’t push him into getting back together with you.  What you could do instead is apologize and let him know that you would like to be friends.  That way, you will have a chance to start fresh and be comfortable with each other again.  With any luck, you will find the opportunity to rekindle your passion and become lovers again.

When you tell him that you’re sorry, not only are you mature enough to admit that you were wrong but it’s also a great first step to a fresh start.  After all, you made your mistake but it doesn’t mean that he’s completely innocent here.  He may have done a few things that caused you to push him away in the first place.

But at least, saying you’re sorry is better than waiting for him to come around.  It also shows that you care enough about him and you value your relationship with him.  It doesn’t matter whose fault it was because you still went after him.

Another good thing about being friends with him is that there will come a time when you will have to talk about the past.  Of course, the breakup will come up sooner or later but hopefully since you’re friends again, it won’t be so awkward.  Instead of talking like former lovers who went through a lot of heartbreak, you can talk as people who are trying to fix the relationship.

Look for the cause and don’t be desperate

When you’re trying to fix the relationship, try not to give in to desperation.  You may have been waiting for this conversation to come but being over eager about fixing the relationship won’t help you either.  You want to avoid conflicts so talk about the breakup as a friend and not as an ex.

Looking for the cause of the breakup is essential when it comes to how to get him back.  Yes, you pushed him away, but what were your reasons?  What were the problems that two of you were facing?  Now is your chance to really get to the bottom of it.

Cassie Callahan is a writer and blogger. She writes for many websites but finds her passion writing about dating and relationships. She is currently working with Ashley Kay, creator of the Ex Recovery System, in helping men and women find love and even win one back.
View all posts by Cassie Callahan →
This entry was posted in Conflict Resolution, Love and Marriage, Social Relationships and tagged get him back, how to get him back, how-to-take-control-of-the-relationship-away-from-him, i-have-done-all-the-mistakes-to-push-him-away-do-i-still-have-a-chance. Bookmark the permalink.