Two Halves Do Not Always Make a Whole

Posted on May 1, 2014 by Ashley Hardway
Please share with your friends... 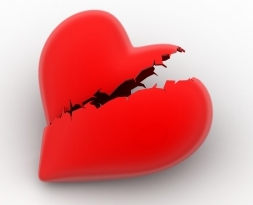 Both women and men many times enter into a relationship expecting to get their needs met by the other person. This very rarely works out the way we plan. To have successful relationships you need two whole people who have already established their own identities and faced their own inadequacies.

I can attest to the fact that it never works out when you are looking for someone else to meet your needs. I have been doing it all my life. I have had several failed relationships because of the fact that I had a great need to be loved and constantly assured that I was valuable. And when I, as damaged as I was, looked for someone to love and be loved by it almost assuredly had to be someone who was also emotionally handicapped in some way. Whole people draw whole people; those who have needs generally draw those who have needs themselves. And if you happen to get a whole person in your life when you are not emotionally well many times you begin to unconsciously sabotage the relationship because you feel insecure in their security. Because of their security and lack of needs it feels as if they do not need you and so thus you feel unloved.

It took me so many years to realize that someone else, outside of the Lord Jesus Christ in my life, can not meet my needs. When I finally tired of getting disappointed over and over again I saw that I was unstable and had needs that no human being could help me with. I began spending time with myself and with God, in His word, and started to discover things about myself that needed healing. I realized that without really meaning to I had put my trust in another human being to fix me. I had hurts from the past that were embedded deep into my life and I expected someone to come along and heal those hurts.

As I said, all of my relationships failed, even though I gave it a very hearty try. I am a loving person, giving to a fault and always wanting to please. But I do expect to be reciprocated for my love. I realize now how I became the person I am. Growing up with a dad who was a very harsh disciplinarian and verbally abusive and a mother who did her best to give us all the love she had to make up for dad’s short comings. I took on my mom’s personality and not only that but I picked men that were pretty much like dad. Not consciously of course and in the beginning they all seemed so different but they ended up taking me for granted and making me feel insignificant and insecure. I was a footstool and felt like I was unworthy of anyone’s love because after all I could not get the love of my own father.

When I married I found a guy who I thought would really love me and would share his life with me. I know now that I was seeing him through rose colored glasses and what I saw was a romantic idea that I had dreamed up. So often we romanticize our relationships and fabricate something in our minds that we want to see, not the truth that actually is.

My husband had come from a hard past, a wealthy family who was busy with business and associations, not an only child but so much younger than the others he might as well have been. He was badly spoiled but also badly neglected and had been caught up in drugs from early on. He was drug free when we met and because we had the same belief system (we met in church) and we both needed healing I thought we could help each other.

But his needs were so very different than my needs and mine than his and no matter how far down we reached into our data base of need fulfillments we could not even come close. He needed a mother, a babysitter to keep him from doing things he should not, and a companion. He had no idea about how to love and care for someone because he had been on hard drugs much of his life and he was stunted emotionally. He had the ability to act it out while we were dating but (and I am not stretching the truth) the day we walked in off of the three day honeymoon he died emotionally. I felt as though I had a new roommate and I was crushed deeply. He did not do it deliberately, but he had won his prize and now he was done. I thought that my needs were just beginning to be met and that just living with a man who loved me everyday would do the trick. Not only did he not know how to love me emotionally but he was also sexually stunted in his development because of the drugs. Having sex on drugs is just that, sex. He did not know how to make love to anyone. You can probably already guess how this worked out for us. I felt as though I had been abandoned and I was living with a stranger. He really did not have a clue as to what I needed or that he was doing anything wrong. Being roommates with occasional sex was good for him. He was being taken care of, watched over to ensure he stayed clean, and had company. I wanted a friend, someone to make me laugh, a lover, and someone who understood my heart of hearts. He did not cuddle, kiss, nor did he like to talk about feelings. All things he did do before we married but because of my need I went into marriage within a few short months and did not even want to try to recognize the warning signs.

But I realize now I was seeking out someone who had been broken in some way as had I because I thought that they would be able to help me in my brokenness. In this case the old adage that two halves make a whole is not even remotely accurate. Those of us that have been broken are all broken differently and have very jagged edges that can never match up if you try to glue them together as a whole. The consistency of the emotional hurts can never mesh up. Relationships have a slim chance of working if you do not go into them as whole people or at least well people. You can never expect anyone (except our heavenly Father) to meet needs or heal you emotionally. And even if you have a relationship that has two people in it that are constantly trying to fix each others emotional handicaps it just turns into a never ending exhaustive endeavor.

Most of us do have emotional handicaps of one kind or another but the whole people have either been taught to deal with them early on by wise parents. Or they have enough wisdom to realize they need to work it out before entering into any kind of relationship. But the majority of us, especially those of us with emotional problems, do realize the depth of those problems until we have suffered through many broken relationships. If you are hurting and are looking for someone to fix your hurts, speaking from experience, you need to seek out emotional healing before ever trying to find a romantic relationship. I found my help from someone who could heal me from the inside out, Jesus Christ. He really does love us and wants to be invited into our lives to heal our hurts. But if you are not a believer you should find a counselor or a support group or at the very least a strong supportive friend or family member who can help you to work through your emotional needs. It will be of great benefit to you in future relationships. The goal is to enter into a relationship as a healed whole individual and it means that you are simply there as an encourager and an extra blessing for the other person. In this type of relationship neither person is meeting a need in the other you are both just enjoying each other through a shared life.

Always curious, Ashley Hardway is constantly learning and passionate about sharing what she learns with others. Based in Houston, Texas, she loves to help families grow stronger, help their environments and communities, and keep moving forward! Check out @NannyLady on Twitter to connect and find out more.
View all posts by Ashley Hardway →
This entry was posted in Love and Marriage, Social Relationships. Bookmark the permalink.