The Different Types of Abuse in Relationships

Posted on March 3, 2016 by Toni Marie
Please share with your friends... 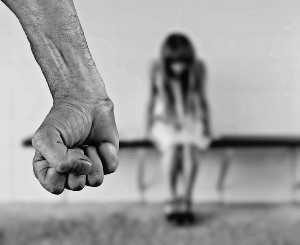 When you hear “Abusive Relationship” you immediately think of physical violence, am I correct?  But there are actually other forms of abuse that don’t leave bruises or scars.  In this article, I will be discussing the different types of abuse in relationships and help you identify the early signs.

Let’s start with the most popular one.  Although this is widely known, you may think that this type of abuse is limited to punching, slapping, shoving, strangling and the like. But other examples actually include grabbing/pulling, punching walls/doors, reckless driving and breaking things.

This type of abuse uses guilt, criticism, anger or manipulation to degrade the victim.  The abuser can play mind-games or attack your vulnerabilities.  Public humiliation also falls in this category, as well as unreasonable jealousy.  Your partner may be too controlling and possessive to the point that they don’t give you privacy or just continuously accuse you of cheating for no reason at all.

When your partner yells, swears, insults, makes humiliating comments or talks over you, you can already consider that as a form of verbal abuse.  The abusive partner will always remind the victim of how useless he/she is; using words such as “stupid”, “worthless” or “nothing”.  In most cases, the victim is always mocked and ridiculed for expressing their opinions and desires.

Yes, there is a thing called such.  It’s when your partner has control over the other’s access to economic resources, forcing the victim to depend on the abusive since he/she doesn’t have to capacity to support him/herself.  Some abusive partners force the victims to leave work or even stop them from getting an education.

Sexual abuse can happen between two people who are already married.  This type of abuse includes, unwanted sex, forced engagement in any sexual activity that the victim doesn’t want, prevention of using birth control or imposing decisions about pregnancy/abortion.

Toni is a regular contributing author on GuestRelationshipsBlog. She also likes to write about relationships, money, and health.
View all posts by Toni Marie →
This entry was posted in Dating, Love and Marriage. Bookmark the permalink.