Top 5 Destinations for a Fun and Memorable Mancation

Posted on September 27, 2016 by Toni Marie
Please share with your friends... 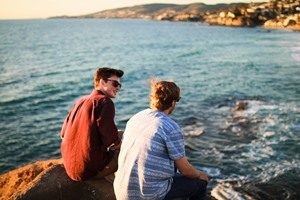 Mancation is defined by Wikipedia as a male-only vacation that has become a buzzword in the travel business.  Whether you are spending the last few days of your singlehood, going through a recent breakup or probably just planning an epic weekend with your boys, I’ve rounded up 5 of the best mancation destinations for every type of guy.

For the beer-lovers:  Milwaukee, Wisconsin

Milwaukee has been known for its breweries and there are a lot of fun brewery tours that you and your bros can enjoy together.  You won’t just be drinking beer but will also see how Milwaukee builds its beers.

What happens in Vegas, stays in Vegas and it’s called the Sin City for a reason.  From casinos to all-day pool parties – Las Vegas will never run out of crazy activities for you and your bros.  When you are not drinking, gambling or partying, you and the boys can spend a fun day shooting at Pro Gun Club or trekking in the wilderness.

For the adrenaline junkies:  Phoenix, Arizona

Known for its year-round sun and warm temperatures, Phoenix is surely the best city to experience a number of thrilling outdoor adventures.  From off-roading jeep tours, a hot air balloon ride, a visit to the Grand Canyon, helicopter tours, white water rafting and even skydiving – there’s just so much to do in Phoenix for thrill and adventure seekers.

For the music enthusiasts: Nashville, Tennessee

Nashville is a mecca for musicians and fans.  Hey, it won’t be dubbed as the Music City for nothing.  From legendary concert halls to recording studios, clubs and record shops – Nashville is without a doubt, a music lover’s paradise.

For the beach bums:  Oahu, Hawaii

For a quick island getaway, Oahu is the place for you.  This city in Hawaii offers travelers a mix of modern living and a slow-paced island live.  Make your beach trip even more memorable by trying out the Hawaii Shark Encounters. Swim and dive with the sharks by climbing inside a shark cage for an up-close-and personal interaction with the ocean’s most feared creatures.

Toni is a regular contributing author on GuestRelationshipsBlog. She also likes to write about relationships, money, and health.
View all posts by Toni Marie →
This entry was posted in Travel. Bookmark the permalink.